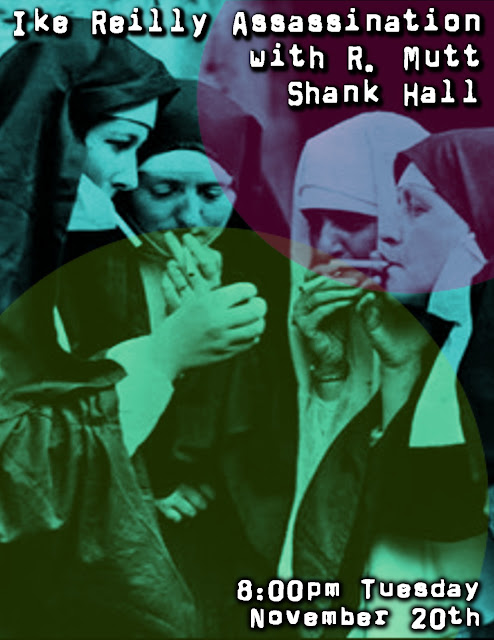 Ike Reilly has long been on the minds of R. Mutt.    A long time ago the owners of the Avalanche Super Bar (which adorns our latest album cover) and Thoma's Bar (where we played our first ever show) would name check Ike and his college time band, The Eisenhowers.    Steve and Mitch from the Lanche recalled how the Eisenhowers were the only band willing to play there during finals week or when Rugby parties were held there.   Dick Thoma fondly remembered Ike not only as a member of the band but also as one of his trusted bartenders.

The stars aligned on this one and we are honored to be sharing the stage with Ike and his band next Tuesday, the 20th at Shank Hall.   Come on out and join us for what should be our last Milwaukee show this year.

GREAT Show with Ike.   He and his band were just about the nicest, funniest guys you could share the stage with.   Ike shared some hilarious stories about Dick Thoma, rugby parties and playing at The Avalanche.   I think for the first time in Shank Hall history two bands took the stage and both sang songs about the Avalanche Super Bar.

So, great time.   Hope to play with these guys again.