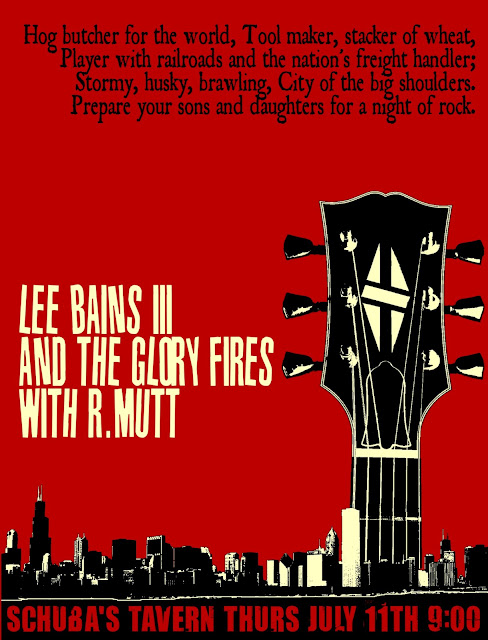 Coming off of Summerfest playing on the big stage makes it pretty hard to find a follow up show to get excited about, but this one clearly has done it.   Lee Bains III is a performer we have known of since his addition to the great Alabama band, The Dexateens.   We waited anxiously for "THERE IS A BOMB IN GILEAD," the debut from Lee and his new band, The Glory Fires, and it delivered in spades.

We are also completely jacked up to return to one of the best live music rooms in Chicago, Schuba's Tavern.   We played a run of shows here in 1996 and 1997 that are fondly remembered by us and our friends.   Since then we have seen countless performances by great bands like Lee's, Centro-matic, Bobby Bare Jr., South San Gabriel and more others than I can count here.

Catch a taste of Lee and the Glory Fires from their last swing through Chicago as captured by Jim on his flip video.